William of Baskerville’s astrolabe in The Name Of The Rose

One Ring to rule them all 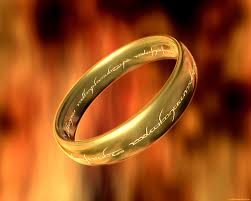 Lyra's alethiometer in His Dark Materials

No effort spared producing this 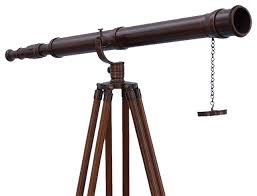 In Sight of Heaven has a telescope Galileo gives John Milton.


So how will it be of any use to the blind poet?

This story is about the journey John Milton takes to become the poet capable of writing Paradise Lost. It is told through the dictation of his poem in a series of reminiscences as he composes it in the darkest dungeon of Newgate Prison while awaiting execution.

The climax of the narrative comes when he is summoned by the Governor before he has finished his composition. Knowing it will be his masterpiece, he is presented with a dilemma. He can choose life and the opportunity to fulfil his need, or death with honour without sacrificing his libertarian principles.

As a young man, above all, Milton wants to be celebrated as the best poet in the English language since Shakespeare. The early conflict is with his parents and university tutors whose desire is that he become a priest. But he doesn’t like priests, nor anyone who claims to stand above Man and interpret God’s will. Especially Charles I who believed in the ‘divine right of kings’.

By the time he is 30, Milton is in Florence, basking in the acclaim he has achieved as a poet. An encounter with the ‘father of modern science’ precipitates his fall like Lucifer out of the heavenly light. Blind now, Galileo is under house arrest, forbidden from sharing his astronomical knowledge because it threatens the supremacy of the Church.

Milton's outrage about Galileo’s plight leads him into the dark world of political extremism to write for the Parliamentarians in their dispute with the autocratic Charles I that leads to the Civil War. Making common cause with his hero Cromwell, also a religious man with a problem about authority, they forge an axis together, Milton with his pen and Cromwell on the battlefield.

When Parliament wins the Civil War, Milton signs up to the execution of Charles I and is offered a job in Cromwell’s government writing to promote the virtues of the Commonwealth around the world. But Milton becomes disillusioned when Cromwell abolishes Parliament, appointing himself as king in all but name.

Fearing a return of the Stuarts as a worse evil, Milton refuses to join a plot to assassinate Cromwell. Yet his principled stand does not save him when the monarchy is restored, as Milton is hunted down with other regicides and imprisoned on death row. Yet in this darkest of places he finds his poetic voice again, channelling his bitter experience into dictating his masterpiece Paradise Lost.

Like his mentor Galileo, Milton has become blind and incarcerated, yet with the help of his friend Andrew Marvell and beloved Betty he can prevail. His story reflects the themes in the poem of ambition, temptation and falling out of a state of grace, that are found in the narratives of Lucifer and Adam & Eve.
Posted by Los4Words at 13:23 No comments: 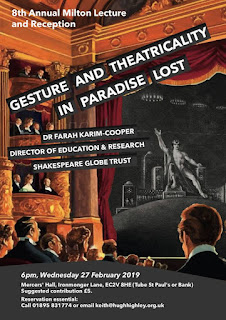 In this @BBCRadioDrama adaptation by the poet Michael Symmons Roberts, Ian McKellen plays Milton narrating his greatest poem in English, about the fall of man in Eden. Scenes of confrontations between the various dark angels as they look bitterly upon humanity (“like to us but lesser in power and excellence”) all take place to the sounds of bubbling lava and distant screams, as though this were an aural Hieronymus Bosch, with unspeakable creatures wearing plague doctor masks lurching semi-broiled from steaming cauldrons. 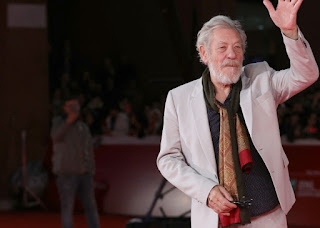 McKellen sounds uber-Gandalf, especially when relishing such phrases as “of man’s first disobedience” and “the ways of mortals”. There’s even a confrontation with some dire creature heard panting sinisterly as McKellen notes, “black it stood as night, fierce as ten furies, terrible as hell”, which cannot but call to mind his Gandalf facing down the fiery Balrog in Tolkien’s Mines of Moria (“the orcs themselves were afraid and fell silent”).
But best is Simon Russell Beale as Satan – so rational, so persuasive. Perfectly Miltonic. “He may sound like a very progressive and likeable educator,” warned the theologian René Girard, succinctly, of Satan in Paradise Lost. SRB approaches the part absolutely like this and is disorientatingly brilliant, especially in the way he implies, with every sigh and nuance, that if we were only to submit to his way we would feel liberated. Free from the burden of experience.

Why Arab Muslims love Paradise Lost – and their leaders hate it

Contemporary relevance: 'The Arab world could really benefit from a good dose of Milton'.


Exactly 350 years after it was published, Milton’s epic poem is causing controversy in Egypt. That’s not surprising, given its revolutionary message

In Search of Paradise Lost

Good to hear my inciting incident is getting media exposure. Listen to this BBC Radio 4 program 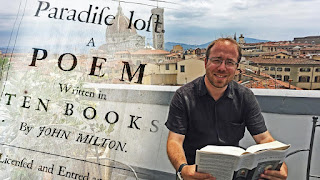 'Joe travels to Florence where Milton met Galileo, by then blind and under house arrest, who became Milton's exemplar for speaking truth to power, and was the only contemporary to be named in Paradise Lost - perhaps because Milton realised how closely he came to resemble the astronomer in old age'

Tutors' feedback for MA in Scriptwriting - 'In Sight of Heaven'

Assessment Criteria For the Script:

This is a complex and ambitious script; it deals with the life of John Milton, and the writing of his most famous poem ‘Paradise Lost’ taking in the political and social history of that time, whilst also reflecting on the inner philosophical and religious meaning of the poem, and tying in those meanings with the life of the man. The structure of telling the story through his time in prison is effective, and allows the story to flow between the past and present.

The characterisation of Milton is excellent; his beliefs, his passions and desires, his fears and his ambition. He is an extraordinary, singular man, who wrote an extraordinary poem, and the script revels in this in a surprising and thought provoking way with real intelligence.

The idea of “Heaven and Hell’ is at the heart of this film; hell is powerfully portrayed, I can feel the horror, which is unflinching, and we are introduced to his hell of the prison from the start, the idea of heaven should be as powerfully portrayed. The visual motifs of light and dark, and symbols of the snake etc are expressive.

The relationship with Marvell is a real development, I think this too could be developed a little more; there is something about why Marvell does this noble act and the trust Milton places in him that could be considered.

This is a sophisticated piece of cinematic storytelling, and Peter’s voice is clearly there. It is a little short and would benefit with a little redrafting and addition of some scenes.


'In Sight of Heaven' is an impressively ambitious project with cinematic potential.

Peter has researched, analysed and reflected on a wide range of material and has a good awareness of narrative traditions, genre, techniques, motifs and modes of representation that have fed into his script.

The script works really well as a dramatic representation of the writing of Paradise Lost. The structure of the writing of the poem during Milton's time in prison is an effective spine for the story. The visual motifs of light and dark and the telescope, sun and the snake work well though I feel these and other motifs could be woven in even further.

The script is very engaging and succeeds in portraying Milton's passions and beliefs. Peter is not afraid of showing us the horrors - the hell on earth - of the time. As well as the horrors there are some beautifully warm moments - an example being the relationship between Milton and his daughters.

This script is a massive undertaking and Peter's choice to structure Milton's life around the prison anchors the story really well. Peter is clearly a talented writer with a distinctive voice - his passion for this subject shines through in the writing. He has clearly researched and understood the particular genre this script belongs to, and understood the possibilities and challenges of finding a market for a script like this. The cast will be crucial in attracting finances. In this respect I feel that the relationship between Betty and Milton needs to be brought into focus a little more. By so doing, the more chance there is of attracting a 'name' to the film. 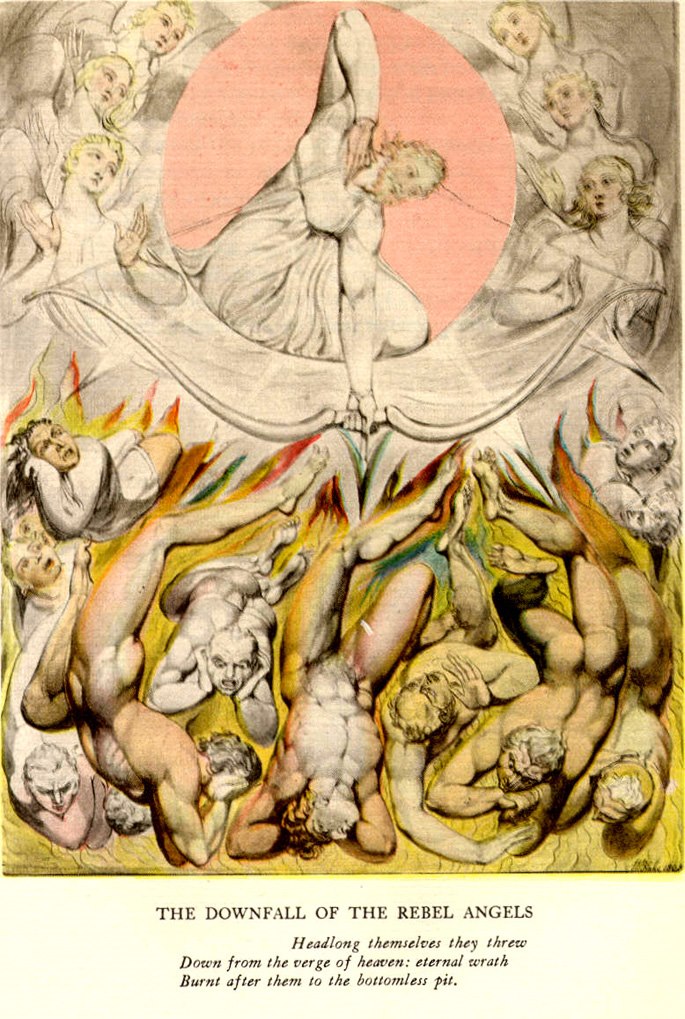 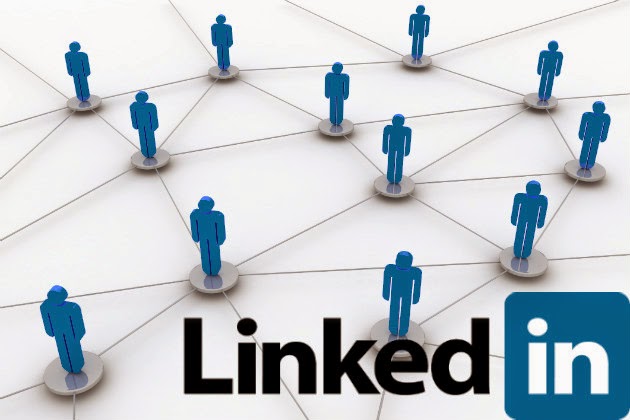 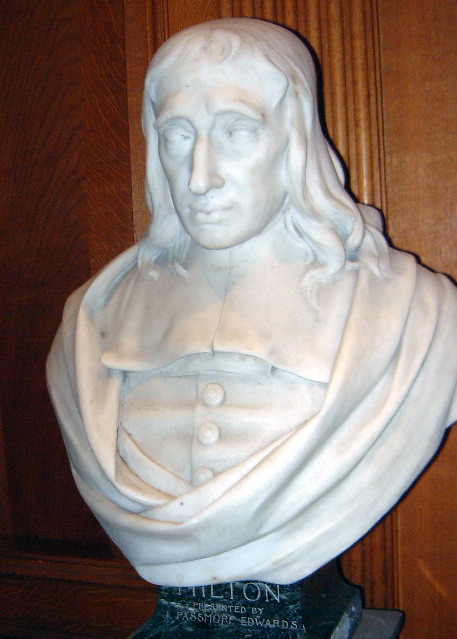